A whiff of nostalgia anyone? When the initial three-week lockdown was announced towards the end of March, the much-loved Amar Chitra Katha and Tinkle comics made their pool of comics available for free online reading for 30 days. Within a week, over 2.5 lakh kids (and adults!) had made use of this and went back to reading about India’s rich mythological, cultural and historical heritage, along with stories of heroes, and their favourite comic book characters.

They’ve also been offering live storytelling sessions on Instagram, which are hugely popular. Let’s take a look at what else is new at Tinkle and Amar Chitra Katha. 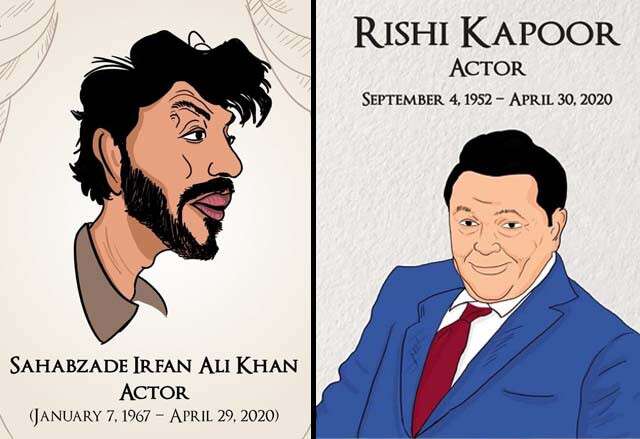 Two legends of Indian cinema passed away recently, and in true Amar Chitra Katha style were immortalised through signature illustrations. Illustrations by Divyesh Sangani celebrated the lives and legacies of Irrfan Khan and Rishi Kapoor, who passed away last month.

Celebs Took To Amar Chitra Katha During The Lockdown! 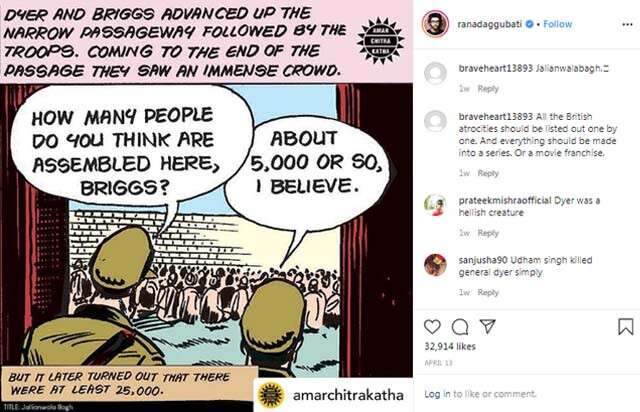 Southern superstar Rana Daggubatti of Bahubali fame has also been spending time catching up with Amar Chitra Katha during the lockdown. He’s been reading about the Jallianwala Bagh Massacre and shared a still on social media with a conversation between Generals Dyer and Briggs. Daggubati seems to be quite a fan!

In addition to this, he’s shared other posts as well, one on a comic based on the life of Narasimha Reddy, The Lion of Rayalseema and another on the poet Kabir’s life. India’s favourite dunce, Suppandi, turned 37 during the lockdown last month! One of Tinkle’s most iconic characters, his idiocy and simpleton-like ways have had generations of kids laughing, and everyone has had a favourite Suppandi story or a moment. Although the character has evolved over the years, does Suppandi still stay relevant to the times? While his simplistic appeal may seem like a thing from the past, Tinkle’s editor Rajani Thindiath, stated in an interview, “We get swept away by gadgets, technology and social media, but at their core, children are simple. Between seven and 12, which is our audience, they are still exploring the world. And it is overwhelming. They love Suppandi because he gets them. He makes the same mistakes.”

The man behind ‘Peanuts’ and his inspired imagination

‘The Day Before Today’: A Book That Will Keep You At The Edge Of Your Seat